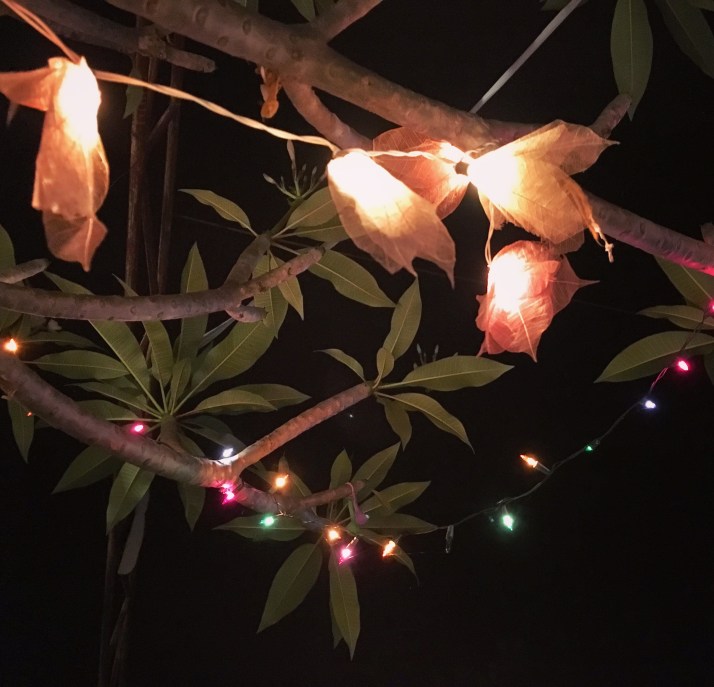 Day 3: because of the festive season, it seems like there’s a party every day – even though I’ve been told the New Years celebrations have been curbed and cancelled across the country to honour the death of the King last year. Even without fireworks, we are a festive company of people. Every night I’ve been here has seen a celebration of a kind: the Day 1 opera, the Day 2 birthday party. And now on Day 3 (which is how On, Art, and Ek refer to days, instead of “the 1st, the 2nd, etc): a monk ordination. Boys and young men in the village can become monks through a right of passage, for as short a period of time as a single month. Matt and Art have both been ordained, though they’re not monks currently anymore and never lived at the temple. Even so, as their grandmother Dorothy described: “now you’ll always have a place to come back to.” On told me that the day when a son becomes a monk is hugely celebrated because it means that his parents will go to heaven (I have a feeling she anglicised this explanation for me, since my knowledge of Buddhism is of nirvana and reincarnation, not heaven). As such, the party has been raging all night. I’m falling asleep with the echo of the music thrumming from half a kilometre away.

← Sam Rit: Many Kinds of Work and Kinship
Sam Rit: Postcards from Phimai →